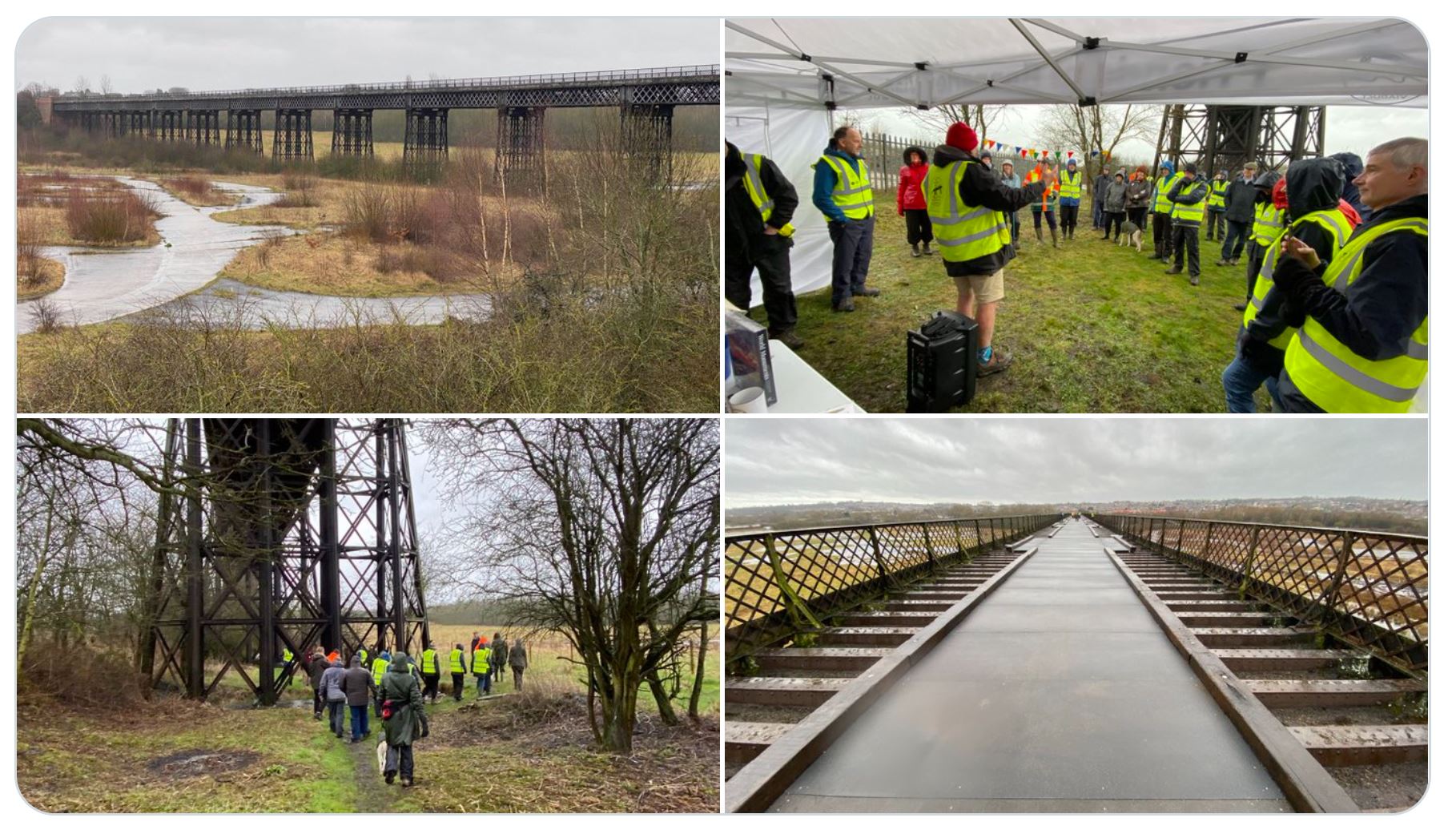 This Sunday, a wet but wonderful @WorldMonuments Watch Day was hosted by The Friends of Bennerley Viaduct to mark the end of the two year World Monuments Fund Watch cycle.

Railway Ramblers will be hosting its first walk incorporating the newly opened route on 11th June. Click on the link for more details RR Walk – Railways of Nottinghamshire: Ilkeston Round

The day including the unveiling of the new the County Boundary marker on the old path of the River Erewash which is still the official county border as the river was diverted many years ago when the site was mined.

The Bennerley Viaduct project continues as the second phase of lottery funding has now been secured. The phase is called Bridging the Gap and will start in March 2022, made possible by a grant of nearly £250,000 from The National Lottery Heritage Fund. This will help to secure the future of the “Iron Giant”. Click on the link to see more about the plans Bennerley Viaduct – Bridging the Gap