Most of the photographs on this page were taken by Bob Prigg on a walk along the scenic Churnet Valley line in Staffordshire. This branch featured some very notable architecture, and has been revived between Cheddleton and Kingsley & Froghall by the Churnet Valley Railway. 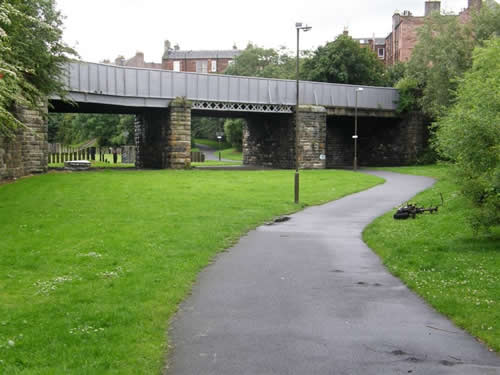 Our final picture from the Caledonian Railway’s Leith North branch is of Lindsay Road Bridge, a gently curving girder structure on stone piers situated between Granton Road and the Leith North terminus. Other photographs of this branch appear in Group 25, q.v. July 2007. (Ralph Rawlinson) 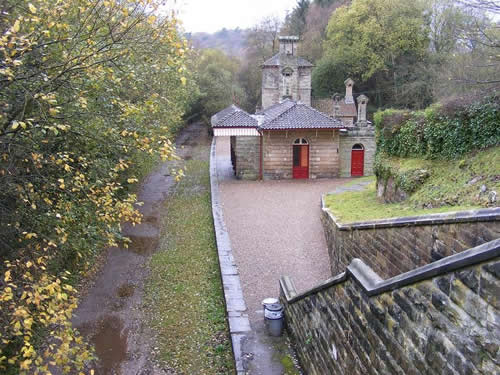 This is Alton station in Staffordshire, which was renamed Alton Towers in 1954 – only to close ten years later. (Surely the line might still be busy with a modern theme park en route?) The station was designed by Augustus Pugin (1812-1852), an English architect of the Gothic revival who is better known for his church designs and his work on the interior of the Houses of Parliament. However, Pugin did accept some more modest commissions, including this one for the North Staffordshire Railway, and the railway cottages at Windermere, Cumbria. Alton station is now owned by The Landmark Trust and can be rented for self-catering holidays. The trackbed is used as a railway path linking Oakamoor to the north and Denstone to the south. 10 November 2007. (Bob Prigg) 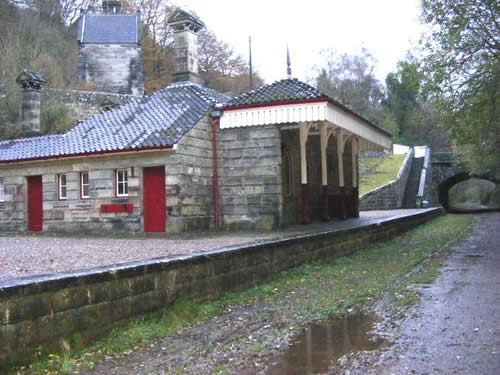 A view of the main station buildings from the trackbed. Note the canopy and well enclosed waiting area, which would have provided passengers with reasonably effective shelter in bad weather – contrast this with the bus shelters now installed on many rural stations throughout the UK. 10 November 2007. (Bob Prigg) 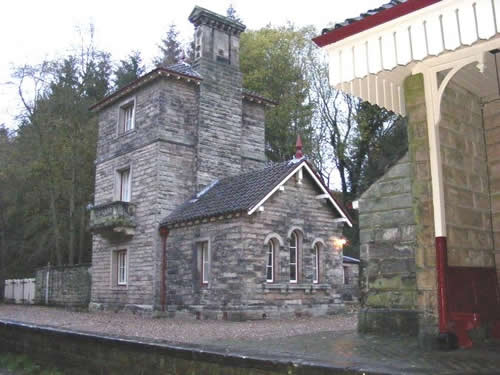 This three-storey tower at Alton originally contained the Earl of Shrewsbury’s suite of private waiting rooms (source: Staffordshire Past Track, a website run by Staffordshire CC). Note Pugin’s Gothic architectural flourishes, such as the chimney stacks and the balcony – presumably where the earl could keep watch for the train. 10 November 2007. (Bob Prigg) 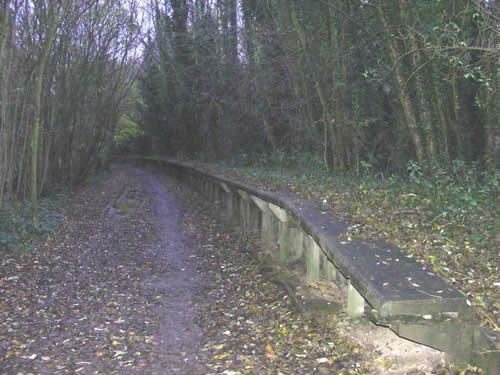 One of the platforms at Alton station, showing some of the precast concrete units which were used to extend the original brick-faced platform in order to accommodate the long excursion trains that visited Alton Towers in the 1950s and 1960s. After the excursion trains had disgorged their passengers, the carriages were stored at weekends on the sidings serving T. Bolton’s works at nearby Oakamoor. 10 November 2007. (Bob Prigg, with caption by David Swinson) 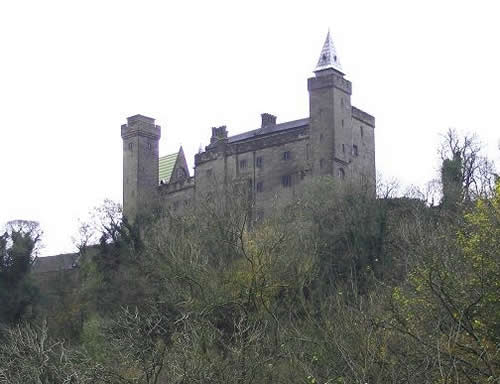 It looks as if we’ve just slipped across to the Rhineland, but this is Pugin’s gothic mansion at Alton, seen from the Cheadle-Uttoxeter road – and once visible from the platform of the village station. Pugin began the building in 1847 for the 19th Earl of Shrewsbury. He used coloured tiles on the roof, as can be seen here; the green tiling to the left of the picture belongs to the chapel. Pugin and the earl were both Roman Catholics, and the earl’s patronage no doubt explains the presence of Pugin’s work in the area. 10 November 2007. (Bob Prigg) 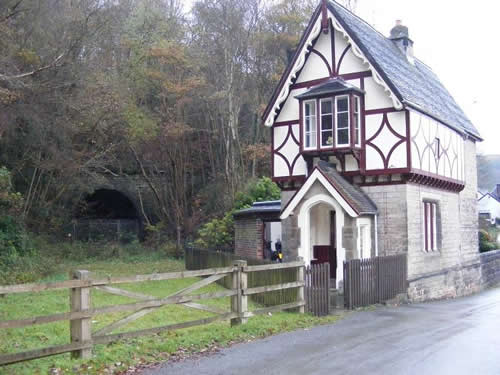 The delightful crossing keeper’s house at Oakamoor, just south of Oakamoor Tunnel, which can be seen in the background. This building looks as if it is another of Pugin’s designs, but we have been unable to confirm this. Oakamoor station was situated a short distance behind the photographer and was the next stop north of Alton. 10 November 2007. (Bob Prigg) 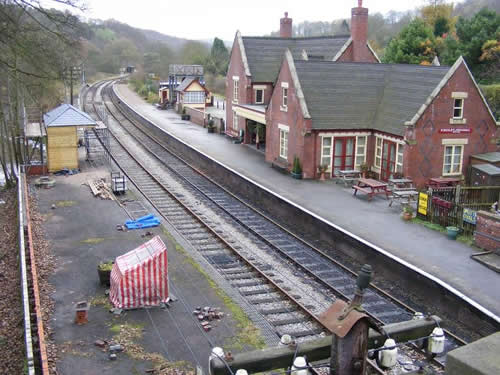 After Oakamoor, trains travelling north along the Churnet Valley line arrived at Kingsley & Froghall station, which is now back in business as the southern terminus of the modern Churnet Valley Railway. It looks as if the volunteers are erecting a new shelter on the up platform. Froghall Canal Basin is nearby, as are attractive walks along the River Churnet and the Cauldon branch of the Trent & Mersey Canal. Froghall Tunnel – on the canal – has a very low roof, which prevents all but the lowest vessels from reaching the basin. 10 November 2007. (Bob Prigg)