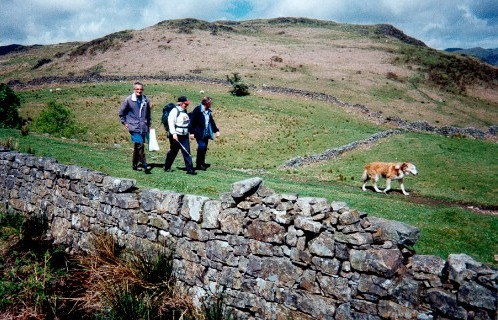 Members of our Yorkshire area enjoying a walk along the abandoned trackbed of the Ffestiniog Railway near Ddualt. This section of the line was abandoned when the railway’s original route into Bleanau Ffestiniog was submerged beneath Tanygrisiau Reservoir. (Jane Ellis) 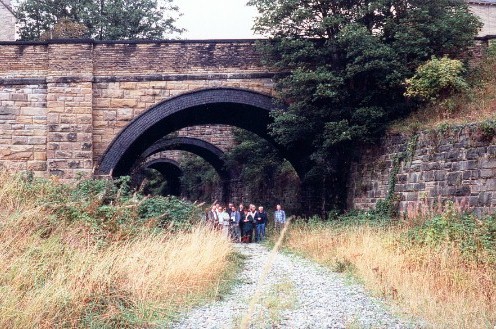 Yorkshire branch members on the ‘Leeds New Line’ walk on 22nd September 1996. The location is Heckmondwike Spen station and shows three of the nine bridges which cross the line in succession. They were built when the original proposal for a tunnel beneath the town was abandoned in favour of a cutting. (Ron Healey)

Smardale Gill Viaduct on the North Eastern Railway’s Stainmore line from Barnard Castle to Tebay. Members of Railway Ramblers have a particular interest in this viaduct, for they were among the protesters who objected to British Rail’s proposals to demolish it in the 1980s. BR had overlooked the fact that the viaduct is situated in an Area of Outstanding Natural Beauty, so that demolition required special planning permission, with all the associated costs. In the event, restoration turned out to be the cheaper option, so the viaduct stands to this day as a monument to the age of steam. (Anon/Jane Ellis Collection) 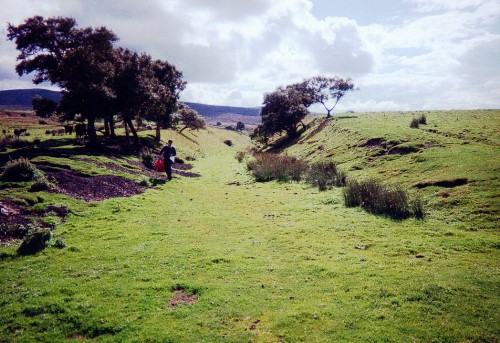 A view of the trackbed of the Stainmore route between Barrass and Belah Viaduct. It is amazing to think that this line used to support a heavy traffic of industrial goods, with coal from the Durham mines travelling west to fire iron and steel furnaces on the Cumberland coast, which sent finished goods back in the opposite direction. Nowadays, only sheep and the occasional railway rambler disturb the tranquillity of this remote spot. (Anon/Jane Ellis Collection) 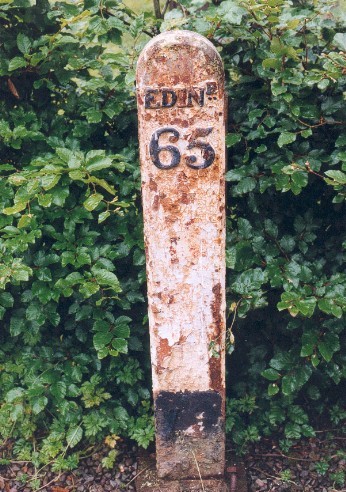 Not far to go now then! A milepost from the North British Railway’s Waverley route from Carlisle to Edinburgh, which members of the Yorkshire branch walked in July 1999. There are plans to re-open part of this line, but, as yet, there is little evidence of this project on the ground. (Jane Ellis) 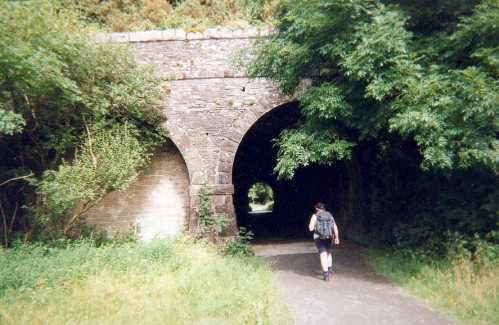 Slade Tunnel on the London & South Western Railway’s branch line from Barnstaple Junction to Ilfracombe. As can be seen, there used to be two tunnels to accommodate the double track on the branch, but the tunnel on the down line (from Waterloo) has been sealed. Slade Tunnel is situated between Mortehoe and the terminus at Ilfracombe. (Jane Ellis) 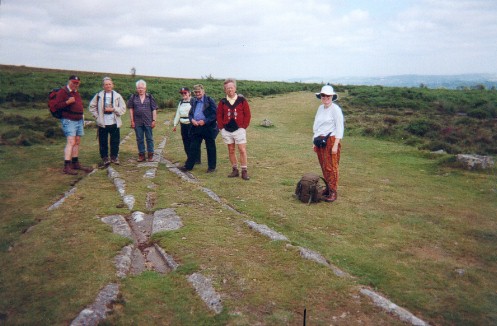 A set of points on the Haytor Granite Tramway. This trackbed is a scheduled ancient monument and was opened in 1820, making it one of the oldest railways in the UK. Motive power was provided by horses and, as can be seen in the foreground, the rails were flanged rather than the wheels. The quarries in this area were used to provide granite for building purposes, much of the output finding its way to London. (Jane Ellis)