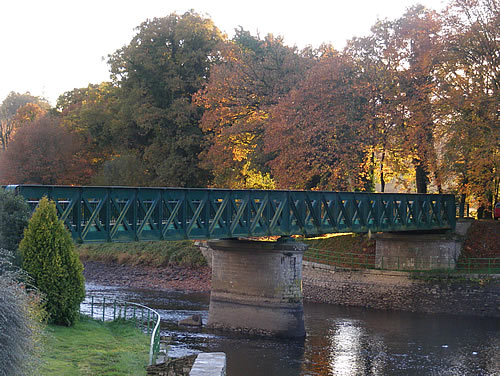 La Belle France and the once extensive narrow gauge network which centred on Carhaix in Brittany. This bridge over the River Aulne, formerly used by narrow gauge trains, is now part of a multi-use trail based on the trackbed.. 2010 (John Fisher)

Vias Verdes, Spain. Like all European countries, Spain has suffered its share of railway closures. Many old trackbeds in Spain are now ‘vias verdes’ (literally ‘green lanes’) open for walkers and cyclists, and, because of the country’s terrain, there is a cornucopia of engineering features on them. The club has received reports from members of bike rides on the Vias Verdes. 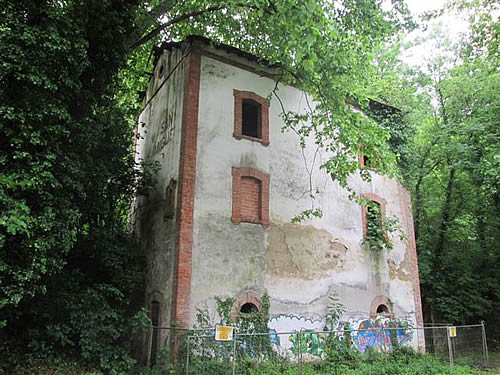 The Bidosoa Greenway runs through the valley of the salmon rich River Bidosoa on its way to the nearby Bay of Biscay. This was the back of San Miguel Station where ore from the Tres Coronas descended via an incline for transshipment. 2015 (Tim Schofield) 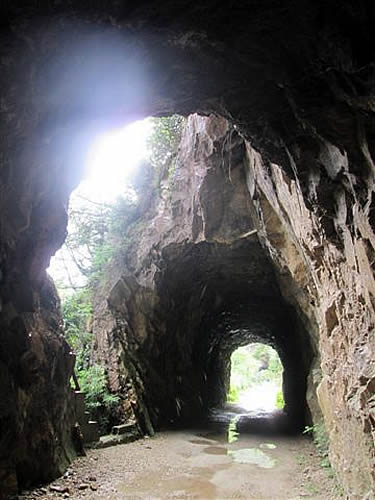 One of five short tunnels just south of Endarlatza. This one has an opening where steps lead up to an observation platform; the bottom of the steps and a handrail can just be seen in the left foreground. 2015 (Tim Schofield) 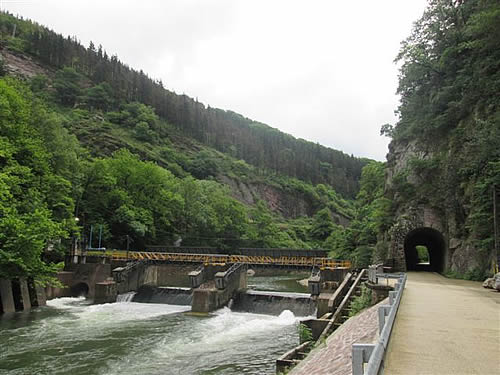 The view along the trackbed near Sunbilla. The small dam is used to generate hydro-electric power for the town. 2015 (Tim Schofield) 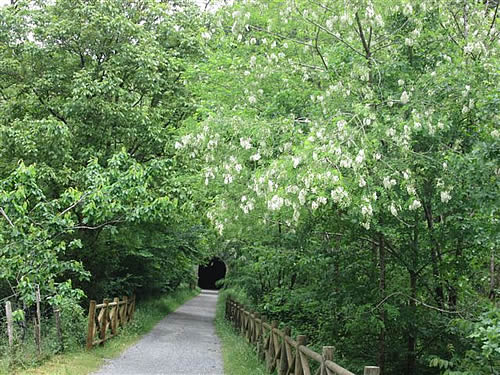 The next line visited was the Urola Greenway, based on the former line from Zumarraga to Zumaia which passes the Basque Railway Museum in the old station and workshops at Azpeitia. 2015 (Tim Schofield) 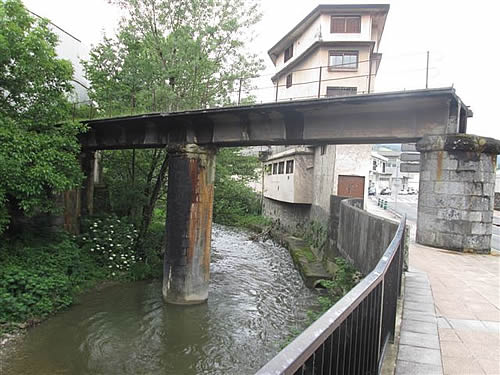 This old and truncated railway bridge over the Rio Eder marks the northern end of the Via Verde in Azpeitia. 2015 (Tim Schofield) 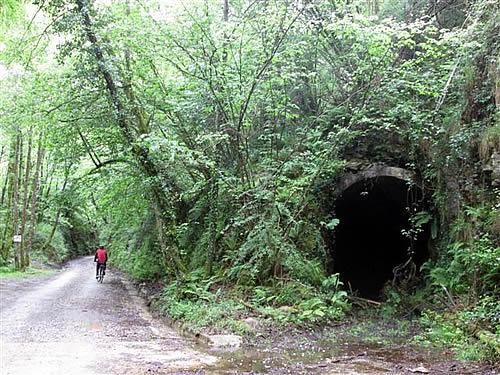 The next line explored was the Plazaola Greenway between Andoian and Pamplona. The Via Verde here is currently about 50 km long and runs up the heavily wooded, and deserted, Leitzaran Valley before entering Navarra and passing through the Uitzi Tunnel, which is 2.7 km long (over 1¾ miles). In this picture 11 km into the trail, the via verde passes the mouth of a tunnel on the original mineral line (iron ore) near Olloki station. 2015 (Tim Schofield) 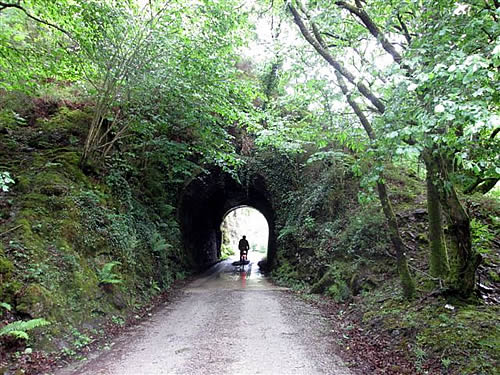 The valley is narrow and heavily wooded, and was dripping with moisture when our party cycled along it. 2015 (Tim Schofield) 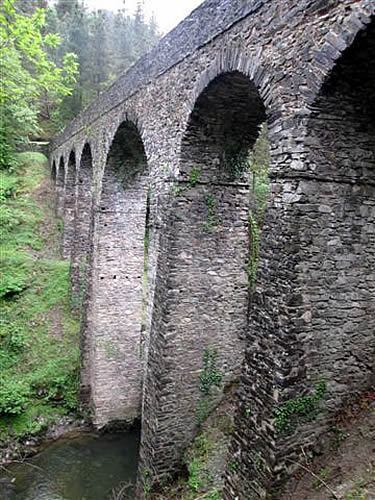 18 km into the trail, this impressive viaduct is actually an aqueduct – Mustar Aqueduct, which took water to the Ameraun hydro electric plant. 2015 (Tim Schofield) 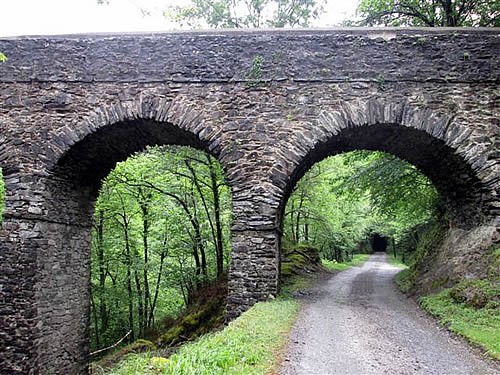 The railway passes beneath the aqueduct. 2015 (Tim Schofield) 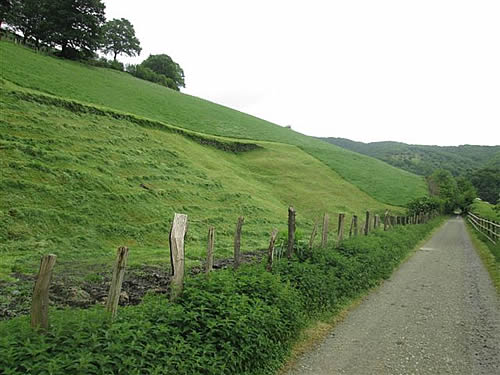 The original terminus of the line was in Guizpuzcoa (one of the three regions of the Basque country). As you pass into Navarra for the extention to Pamplona, the landscape changes and becomes greener, and the views wider. 2015 (Tim Schofield) 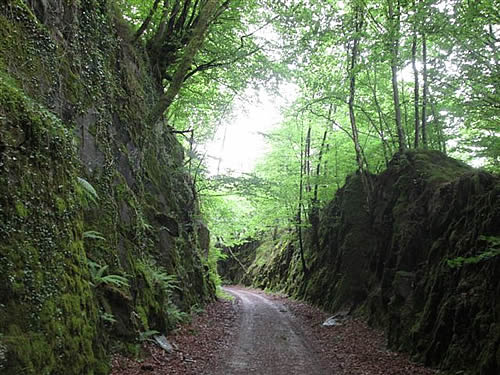 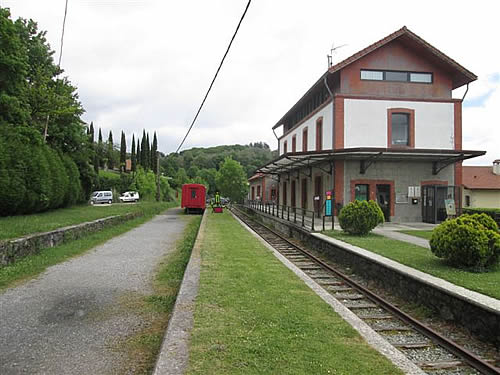 Having passed through the 2½ km Uitzi Tunnel, the trail descends on a ledge to Lukenberri where the far building is a restaurant. 2015 (Tim Schofield)

Our final selection is of the Vasco – Navarro Railway Greenway, a 50 km route which includes two long banks leading up to the summit in the impassable Laminoria Tunnel, which necessitates cycling over the hill. The line ends in Estella. 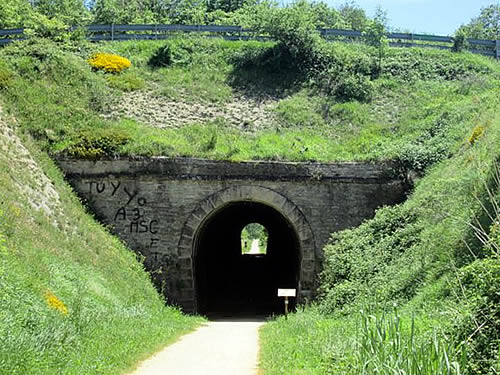 A short tunnel on the long straight from Vitoria, nr, Andollu, where the junction for the Estabaliz branch junction is situated. 2015 (Tim Schofield) 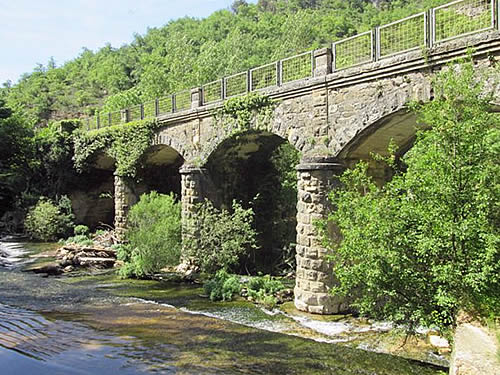 Atauri railway viaduct is a dead end and has been converted into a picnic spot. At the southern end of the viaduct is a tunnel that takes you into the town of Atauri. 2015 (Tim Schofield) 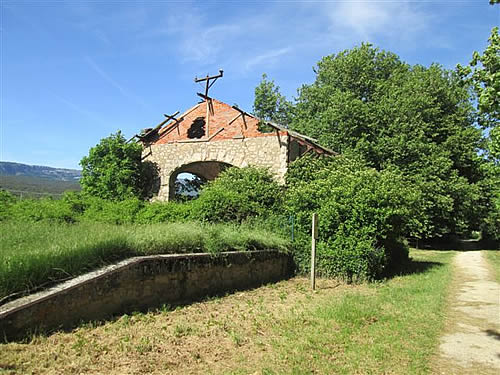 A dilapidated goods shed at the ruined station of Zúñiga. 2015 (Tim Schofield) 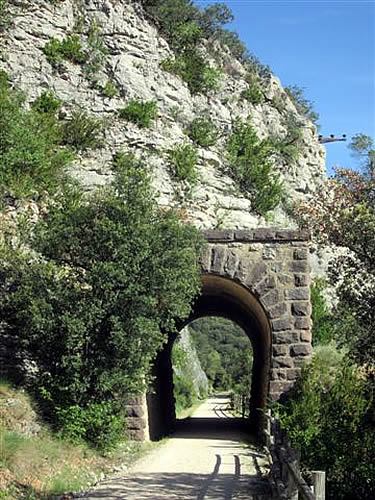 The short tunnel of El Penon, close to the viaduct of Arquijas. 2015 (Tim Schofield) 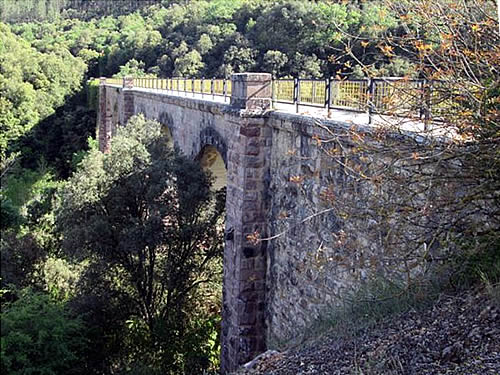 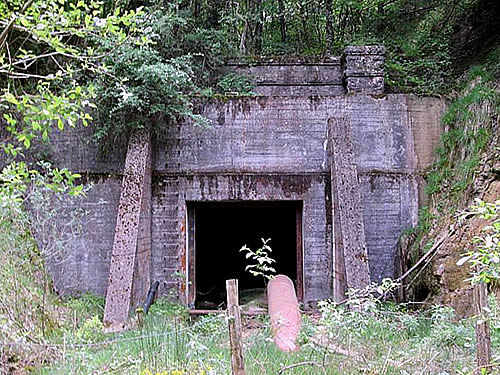 The northern end of Laminoria Tunnel. The façade has been reinforced by concrete to prevent collapse, while a pipe drains the flood water inside. The tunnel is impassable and requires the via verde to climb over the top. 2015 (Tim Schofield) 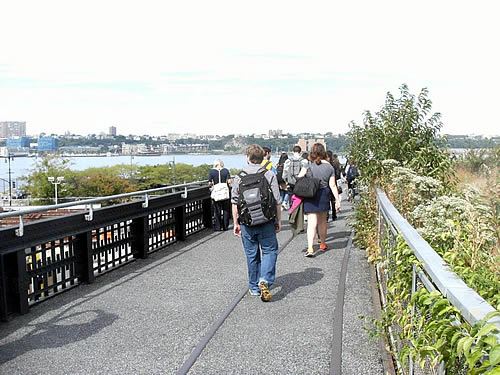 Walkers on New York’s former High Line, an American elevated railway. This old line is now a high level park which connects Gansevoort Street to 34th Street. The High Line was built by the New York Central Railroad between 1929 and 1934, but the decline of manufacturing in Manhattan led to a corresponding decline in traffic which had reached its nadir by the end of the 1960s. 2016 (Lionel Pilbeam)