The HRE Group is compiling an inventory of the 134 or so bridges that are deemed “At Risk” of Highways England’s current policy. One of our RR members, Matt Skidmore, is working on the inventory and is seeking local knowledge and assistance from our national membership. Each bridge/structure is to be given a score between 0-3, to ascertain its potential reuse for future transport corridors, be it cycling, walking, heritage rail or national rail.

The HRE Group have filled in as much detail as they can so far. However, they are always in need of UK-wide intelligence of proposed and planned cycle and walking paths around the country that might be threatened by the proposed HRE infilling and demolition.

Click here to link to the google map of affected structures: 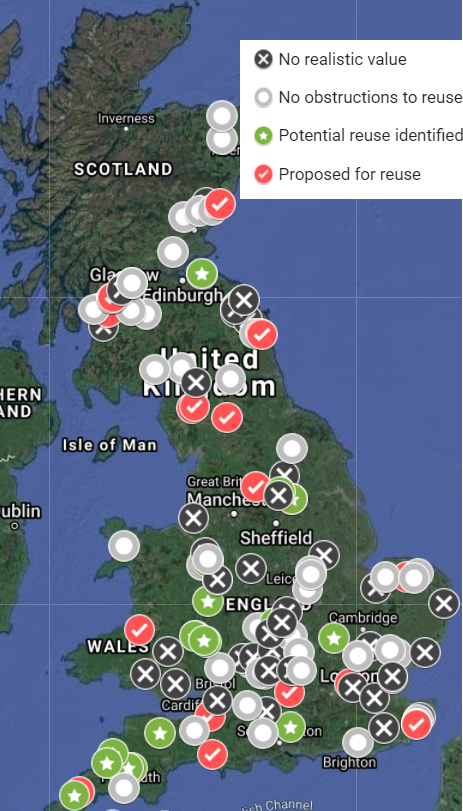 If RR members could take a look at the map and identify any planned rail trails or rail trail extensions which are in the pipeline that are affected by any of Highways England’s proposed infill and demolition projects, that would be extremely helpful. Such information may be gleaned from various sources, including local councils, Sustrans, community groups, cycling groups etc.


These would be either
1. Aspirational routes
2. Routes with initial backing from various stakeholders
3. Routes that are fully funded and ‘shovel ready’


HRE Group want to know about them! Please highlight the name of the route and the name of the bridge affected and contacting Matt Skidmore – either by email to laumat@btinternet.com or call on 07553 052183.

Note The HRE Group have a petition called ‘Protect our railway heritage from Highways England’s wrecking ball.’ on the change.org website. You can find the link below: