A new book titled ‘Railway Paths & Byways: Scottish Borders’ by Allan Foster has been released. RR will publish a review on the book later in the year. The details on the rear cover are included below.

“By the end of the 1960s closure had claimed most of the branch railway lines in the Scottish Borders. Yet, sad as their passing was, the railways left us a gift – not just of nostalgia, but the wonderful and practical gift of miles and miles of winding pathways, which were once the iron roads of steam: routes for walkers, cyclists and the footloose wanderer, all keen to traverse the countryside from a different perspective. This book will lead you through some of the best railway paths and byways in the Borders, exploring on the way its landscapes, folklore and long lost railway past.”

The book is available from various sources including Ebay – click here 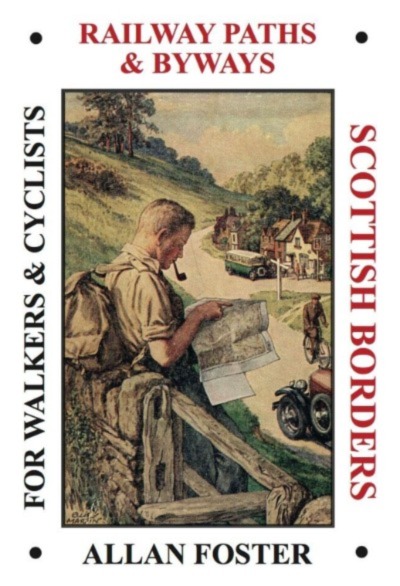