As has widely been reported, the planning committee of Eden Council in Cumbria has voted unanimously to reject National Highways (NH) retrospective planning application to infill Great Musgrave Bridge.

The planning committee’s decision means the agency will be required to reverse a project that submerged the 1862 bridge arch near Kirkby Stephen in 1,644 tonnes of gravel and concrete at a cost of £124,000. The council said it will now serve NH with an enforcement notice to restore the bridge to its previous state. NH have said they will not appeal the decision.

HRE Group have stated they will challenge any unnecessary expenditure on removal/remediation.

See below for more from Graeme Bickerdike of the HRE Group who has been the most active and effective campaigner in getting this outcome.

At the end of a remarkable day, The HRE Group’s @GraemBickerdike reflects on #GreatMusgraveBridge and the implications of @NationalHways decision NOT to appeal against the rejection of its planning application.
Is a line being drawn?#RemoveTheInfill pic.twitter.com/f7PNH7dAvl 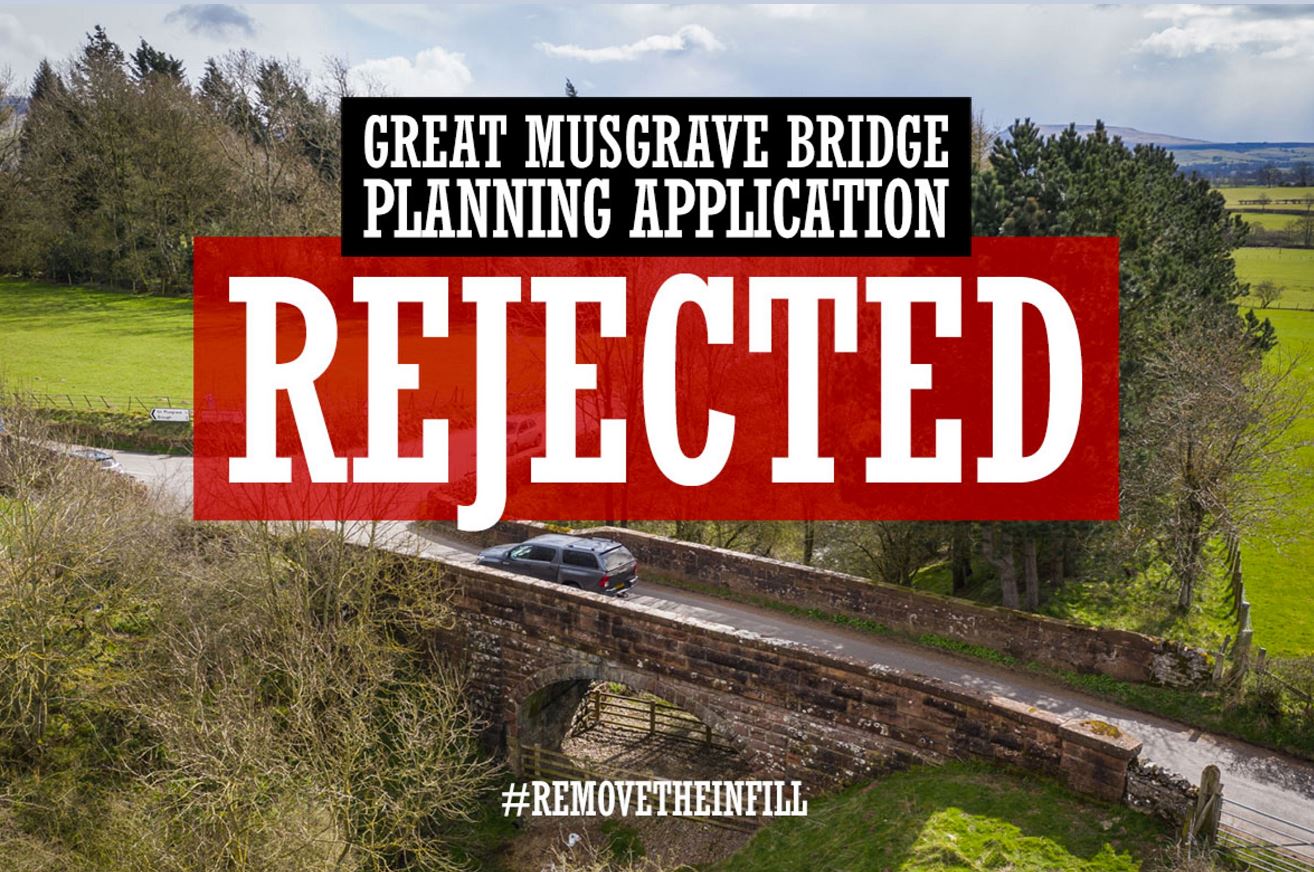