Upper Wensleydale Railway Association sent out an email this week outlining the Yorkshire Dales National Park Authority announcing their support for a proposal to create a ‘Multi-User Route’ or bridleway on the railway trackbed from Garsdale to Hawes, thus precluding reinstatement of the railway for the foreseeable future. (Stuart de Boer)

Note from Jane Ellis – These comments in the report are fairly significant:

“Sadly, with the recent failure of two successive funding bids, the chance of reinstating the railway now seems very unlikely. It is recommended the next step should be to seek views from the public to gauge the demand for a multi-user bridleway route. Seven landowners refused to give permission to access their land for the feasibility study. A further 13 landowners did not respond to the letter seeking permission. Only four landowners expressly gave permission to access their land. Most of the landowners who are not supportive of the scheme are at the Hawes end of the former railway route.” 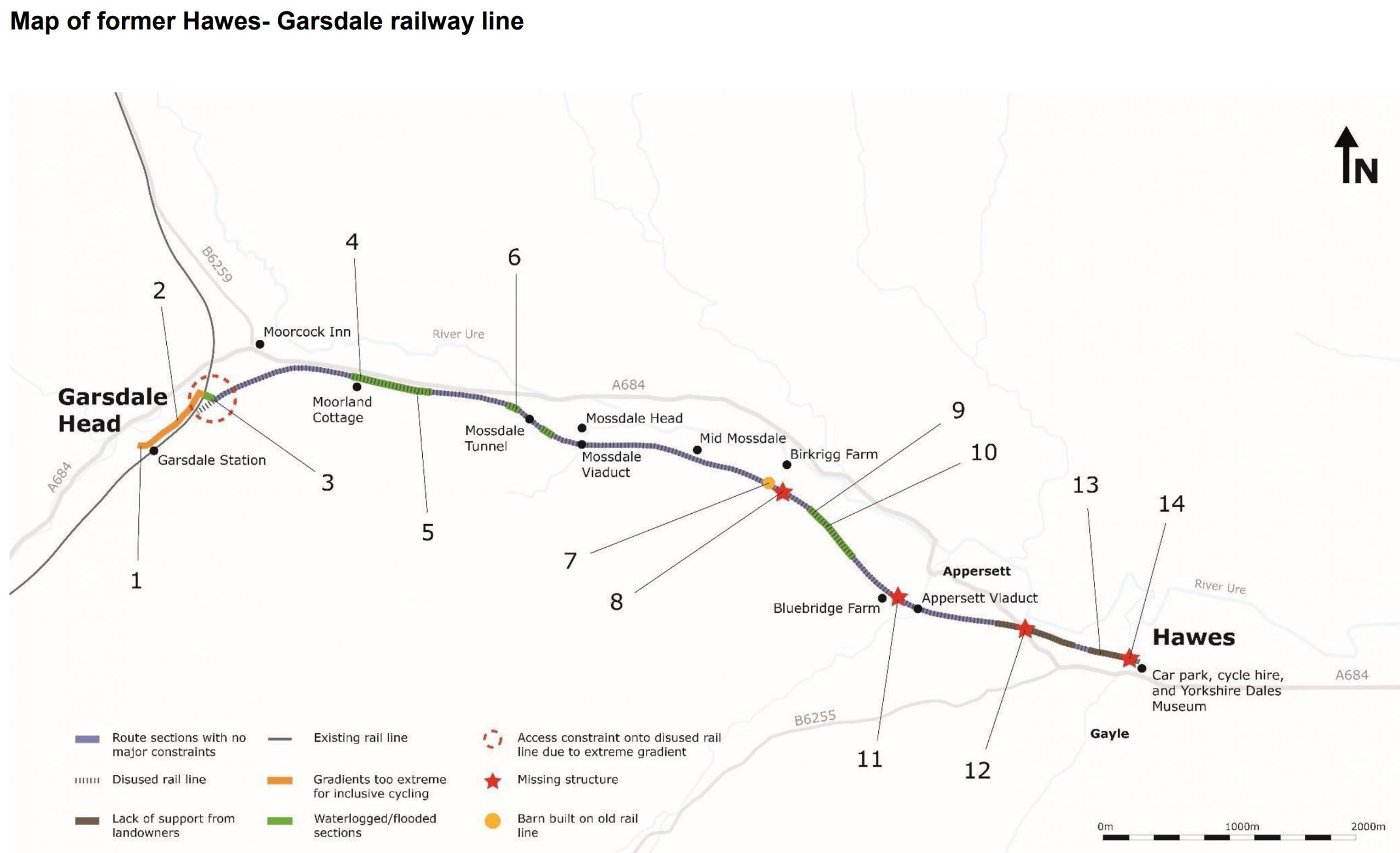