The Somerset & Dorset Railway between Shillingtone and Stourpaine & Durweston. In October 2010, the long-demolished Hodmoor bridge over the River Stour north west of Stourpaine was finally replaced – at a cost in excess of £300,000 – thus enabling the North Dorset Trailway to link Sturminster Newton with Stourpaine 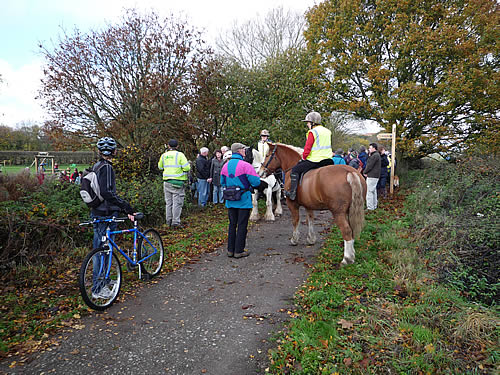 Walkers, cyclists and horse riders gather for the start of the first ever railway walk from Shillingstone to Stourpaine on Sunday 7th November 2010 (Jeff Vinter) 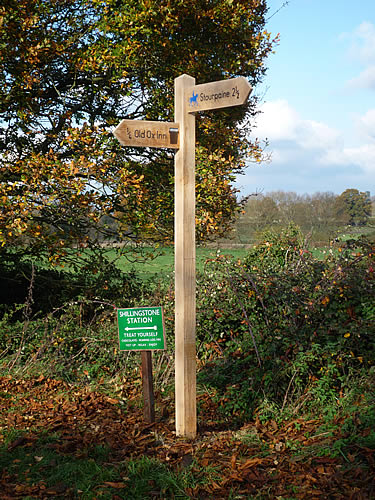 Later in the day when the crowds had thinned out, it was possible to photograph some of the waymarking signs which Dorset CC and its partners have installed on the route (Jeff Vinter) 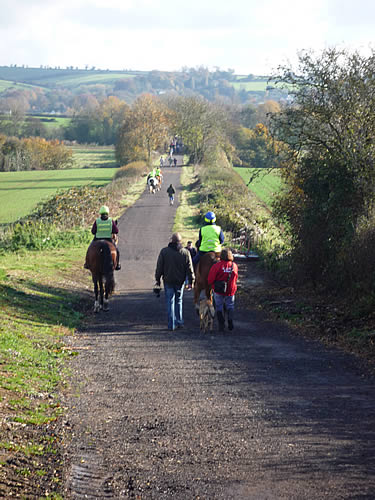 South of Shillingstone, the railway ran through a cutting and an underbridge which conveyed a minor lane heading west from Gains Cross on the nearby A357. Both the cutting and bridge were filled in long ago, but, as can be seen here, the infill has been graded to make a gentle ramp. This is the view from part way down the slope looking south east towards Stourpaine (Jeff Vinter) 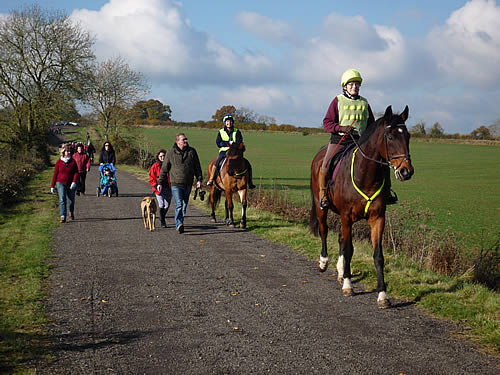 A typical selection of Trailway users walking from Gains Cross towards the new river bridge and Stourpaine. Types of user not represented here include cyclists of all varieties and abilities, and the elderly and disabled riding on mobility scooters. The Trailway is a boon for the latter, for it enables them to access attractive countryside and local villages on a level, traffic-free path (Jeff Vinter) 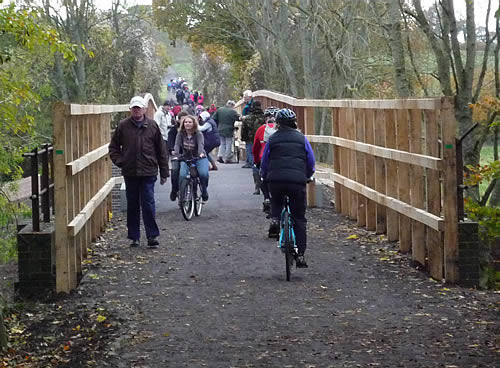 This is the Trailway traffic about 1½ hours after the official opening and, as can be seen, the level of use is still impressive. The standard of work on the Trailway is excellent, with short sections of concrete installed where tractors cross the line, or tarmac laid along the line where farmers use it to access different parts of their farms (Jeff Vinter) 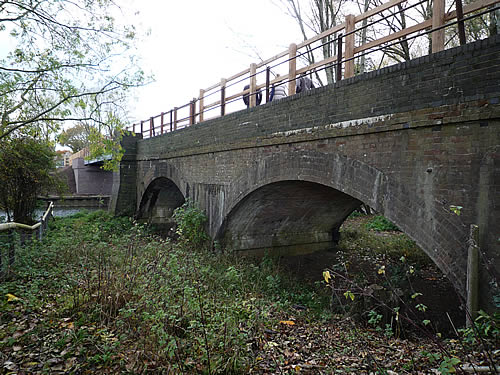 A view from the south side of the trackbed looking from Stourpaine towards Gains Cross, showing the restored flood arches of the viaduct and, in the distance, the new metal span. (Jeff Vinter) 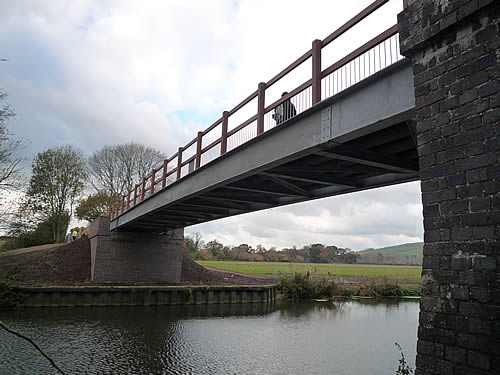 The south side of the new span over the River Stour. This is the view looking north west towards Gains Cross from the Stourpaine side of the river (Jeff Vinter) 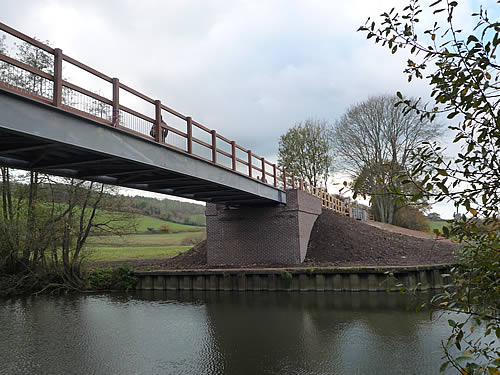 The north side of the new span over the River Stour – a companion view to the one above, taken just a few yards up river. This picture shows very clearly the new abutment that Dorset CC and its partners had to construct, since the local farmer demolished the original, presumably to prevent animals (or anything else) falling off of it (Jeff Vinter) 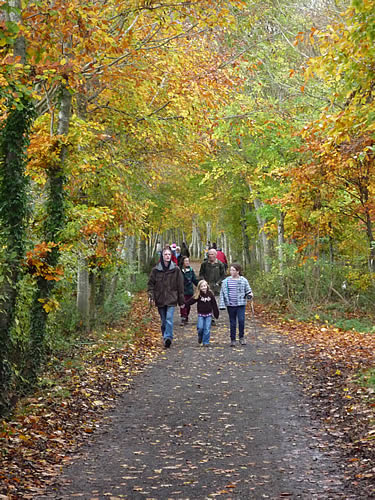 From the river bridge into Stourpaine, the old railway passes through a delightful avenue of oak trees, seen to good effect in this picture looking north west towards Gains Cross (Jeff Vinter) 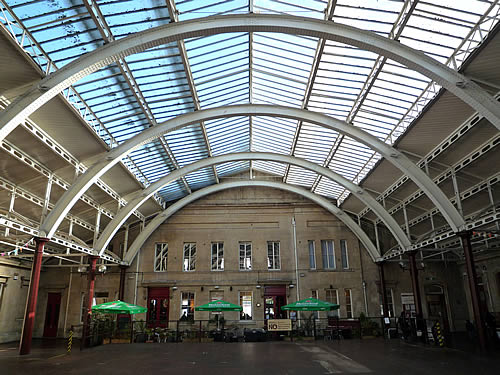 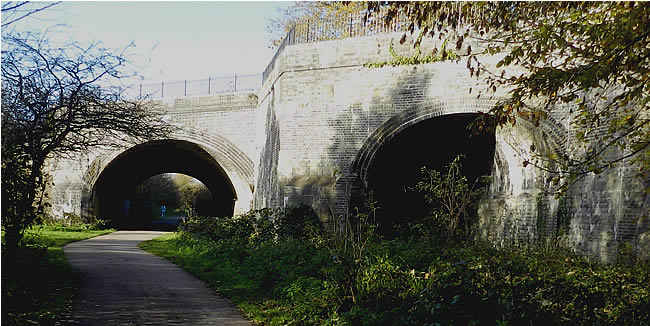 The Five Arches Viaduct – or North Somerset Viaduct, is situated on both the Somerset & Dorset Railway and the Bristol & North Somerset Railway, between these companies’ rival stations at Radstock and Midsomer Norton. At Radstock, although the viaduct has survived intact, it is not especially high, and this has enabled the surrounding trees to hide much of it, making it difficult to take a photograph which does justice to its size. (Bob Spalding) 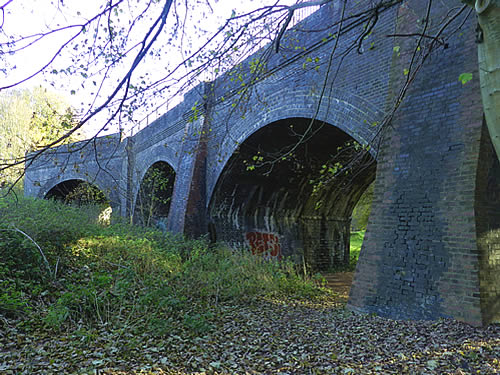 This is the north end of the viaduct, with the B&NS/GWR line passing under the furthest span on the left. The unusual ‘footprint’ of the viaduct at this end simplified the construction of the arch over the S&D’s rival, which otherwise would have required an even more complicated skew construction than it received. 2013 (Bob Spalding) 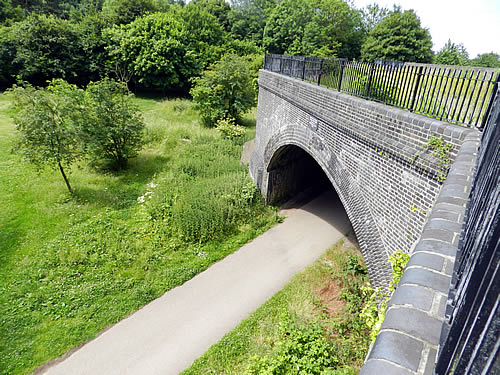 The kink in the viaduct’s footprint may have reduced the skew, but – as can be seen in this photograph from the S&D trackbed – the arch had to be skewed nonetheless. 2013 (Bob Spalding) 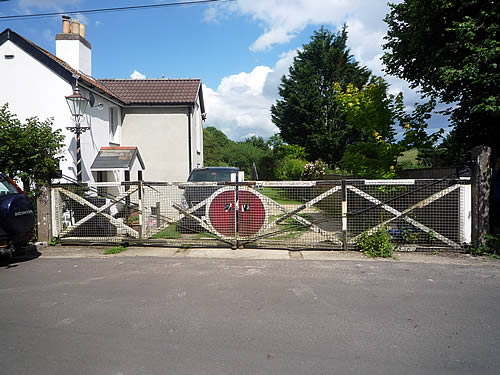 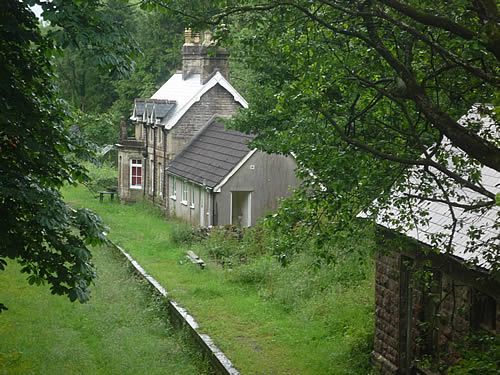 A view of the privately owned Masbury station from the railway overbridge on nearby Frome Road in 2016.(Jeff Vinter) 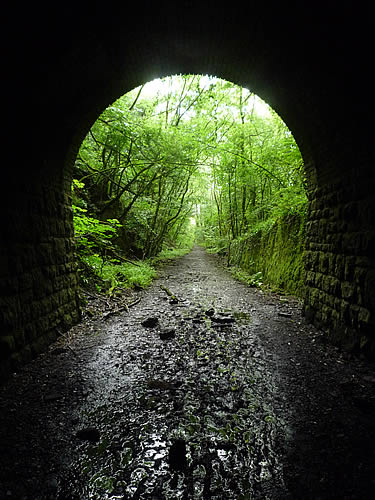 Looking through the north portal of the up tunnel at Winsor Hill, where the S&D constructed two separate tunnels. This is the new tunnel – the straight one – dating from 1892. 2016 (Jeff Vinter) 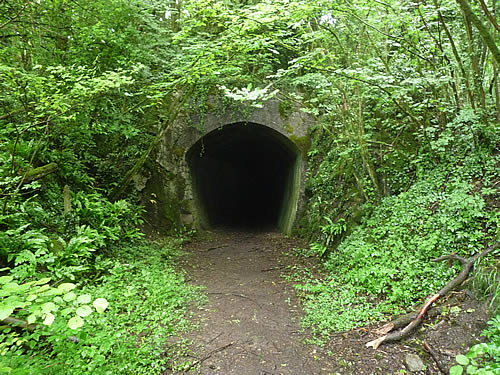 This is the north portal of the original Winsor Hill Tunnel, which opened with the S&D’s extension to Bath in 1874. This tunnel was built on a curve, which is why no light is visible from the other end. 2016 (Jeff Vinter) 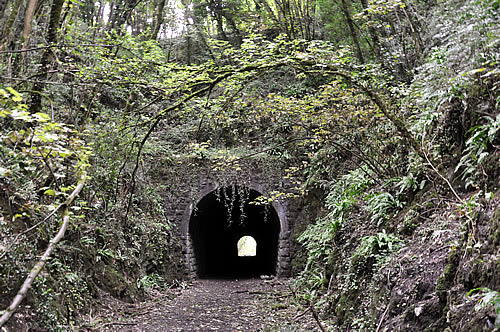 This view of Winsor Hill shows the south portal of the up tunnel looking north. This tunnel is just 132 yards, compared with 242 yards for the older one beyond the cutting wall to the right. 2013 (Mike Spearman) 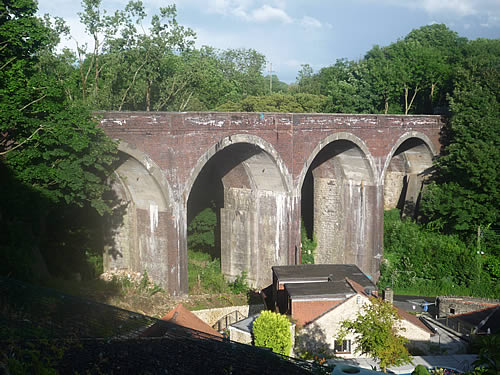 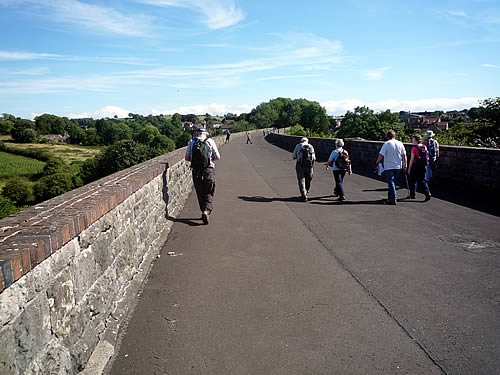 By kind permission of Kilver Court, our group was permitted to walk out and back across the viaduct. Over the years, much work has been carried out to safeguard the viaduct, including the installation of a sealed surface on the deck, with associated drainage. 2016 (Jeff Vinter) 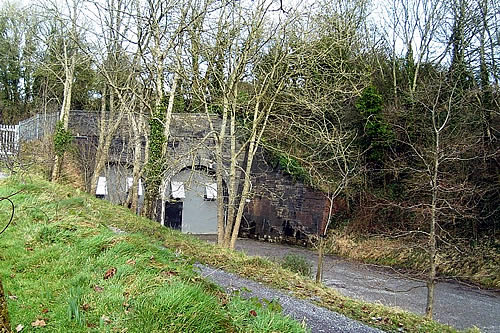 The south-facing portals of the twin bore tunnels at Chilcompton once echoed to heavy freight and long distance passenger trains, like that seen above.2012 (Robin Summerhill) 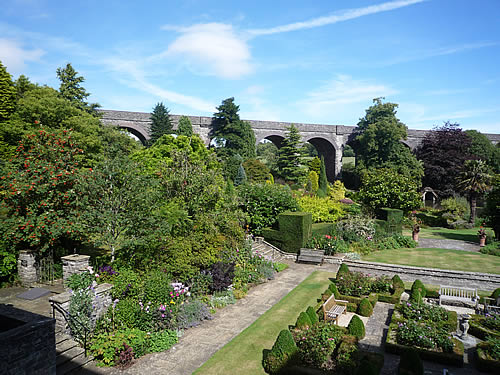 The view of Charlton Road Viaduct from the wood-panelled room which used to be Showerings’ boardroom. This provided an opportunity to admire the formal gardens, seen here in the foreground, bordered by the distant viaduct. 2016 (Jeff Vinter)