RR’s Editor, Jonathan Dawson, takes to the roads for 10 days on a charity bike ride. Starting at Hexham, the aim is to reach John O’Groats, a distance of approximately 470 miles, in 10 days. The route will take in a number of rail trails and disused stations and we are showing the railway aspects of his journey here. If you’re enjoying this blog, please any feedback on the Facebook page.

57 miles today from Linlithgow to Callendar. Leaving the comforts of my friends’ house and ending the day in a tent in a forest! But my son and daughter have arrived with the support car and are joining me in the wild camping experience!

Railway interest today was again abundant and varied: great views of the Forth Rail Bridge as I cycled across its road cousin; some interesting remains in Dunfermline…

The excellent West Fife Way took me from Dunfermline to Alloa. Very little in the way of railway ‘furniture’ to be seen, except for this surprising survivor at Bogside Station

The trail on to Stirling is also very good and uses some trackbed sections. Here I caught my first views of the hills and tomorrow enter the Highlands. 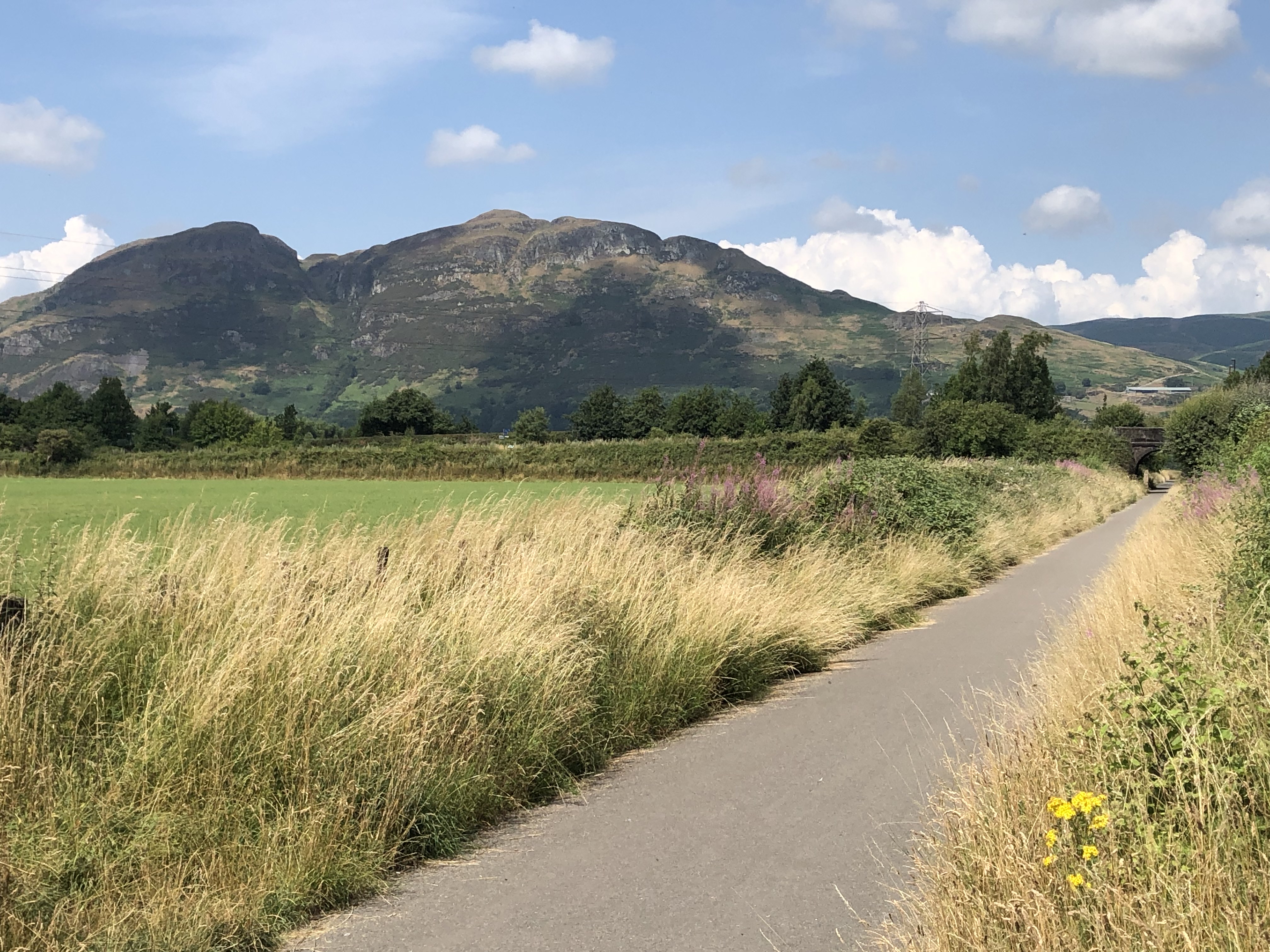 Between Alloa and Stirling

One of the best rail-related days today as much of the itinerary was on old lines turned into trails. I can do my homework on the various branches when I get home if anyone wants to know the details – or feel free to correct or supplement what I have written by posting yourselves.

The Penicuik-Dalkeith Walkway meant I started on a trail straightaway from near the site of the branch terminus. On a beautiful morning, this was a gorgeous ride. 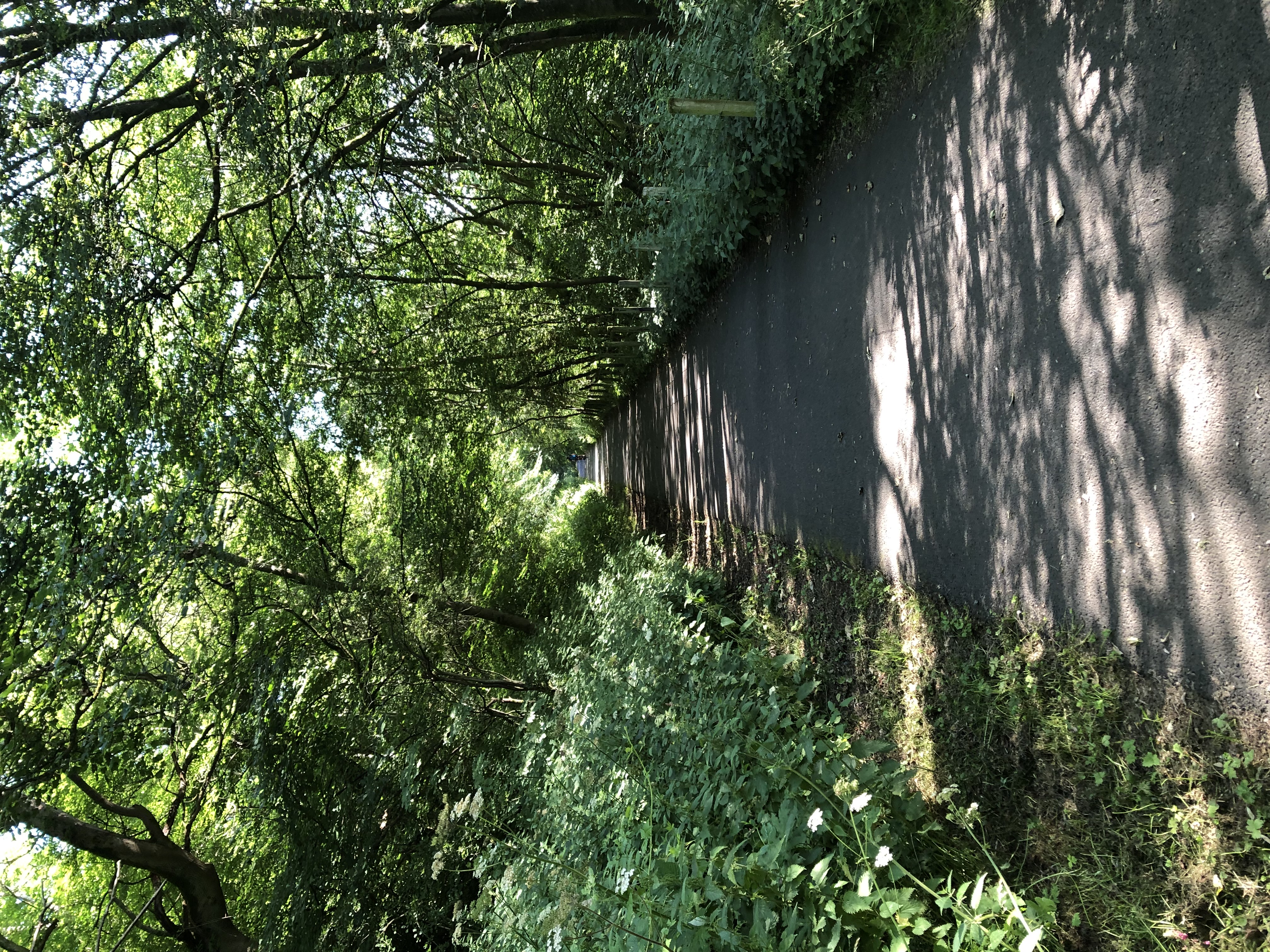 Platform remains on right, bridge over river and short tunnel ahead.

Firth Viaduct is a gem tucked away in the countryside

The clue’s in the name!

Here I popped up to the road, went a quarter of mile up the lane – and found this

On a rival line, Rosslynlee Station, which has a decidedly Hansel and Gretel feel to it.

I returned to Rosslyn Castle and continued to Dalkeith. Bonnyrigg Station is a curious survivor amidst the urban sprawl…

The trail then disappears into suburbia, winding through housing estates and wasteground, with the occasional section on the trackbed.

I passed Eskbank Station on the reopened Waverley line, Musselburgh and Brunstane Stations – where a remaining pier shows where my path would have crossed the Brunstane line 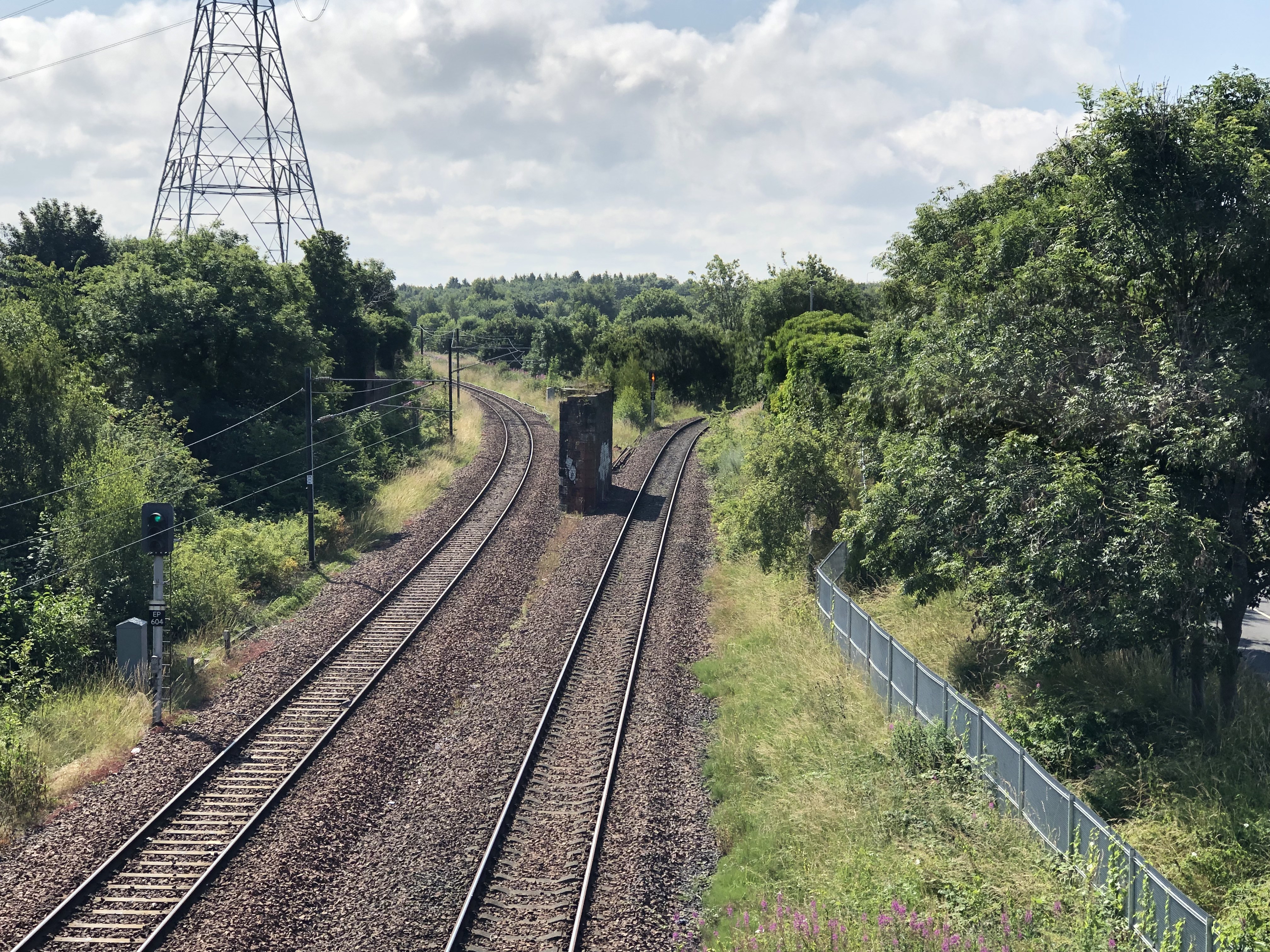 Next up was the Innocent Railway, surely the most dramatic way to enter Edinburgh 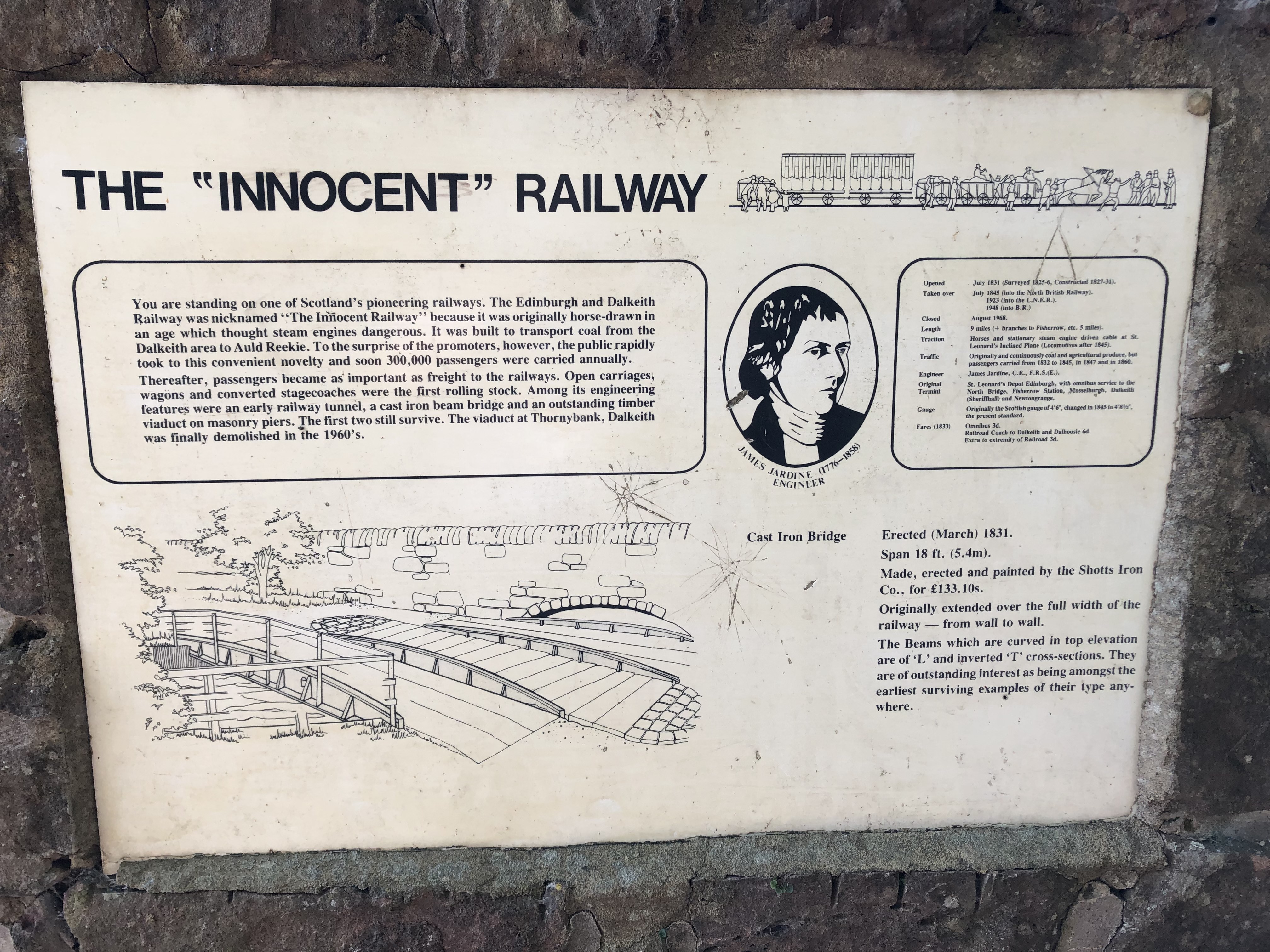 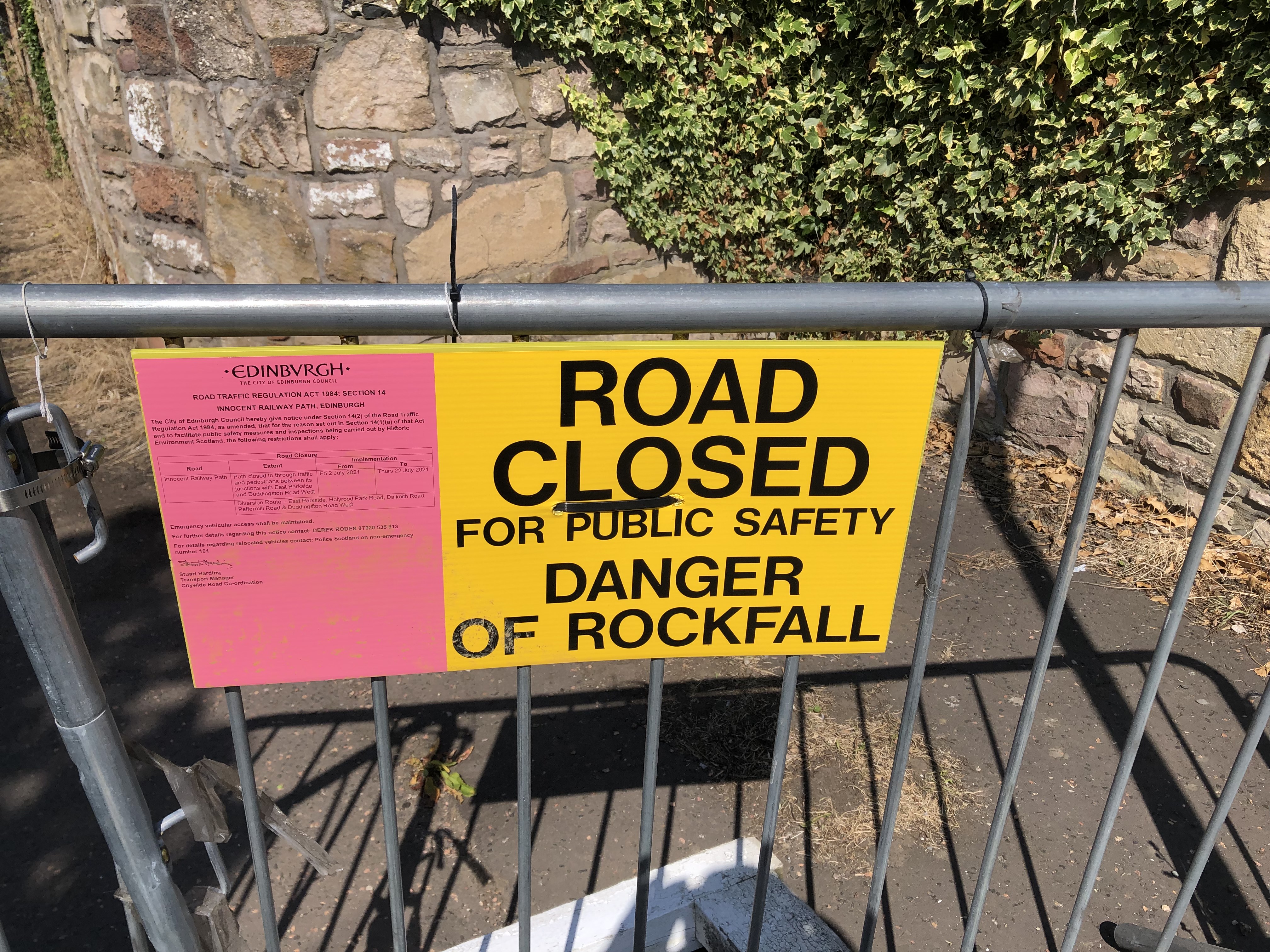 Well, now there’s a challenge. On balance, I decided to push on – after all, I was wearing a cap 😝

The path was full of…people, not rocks 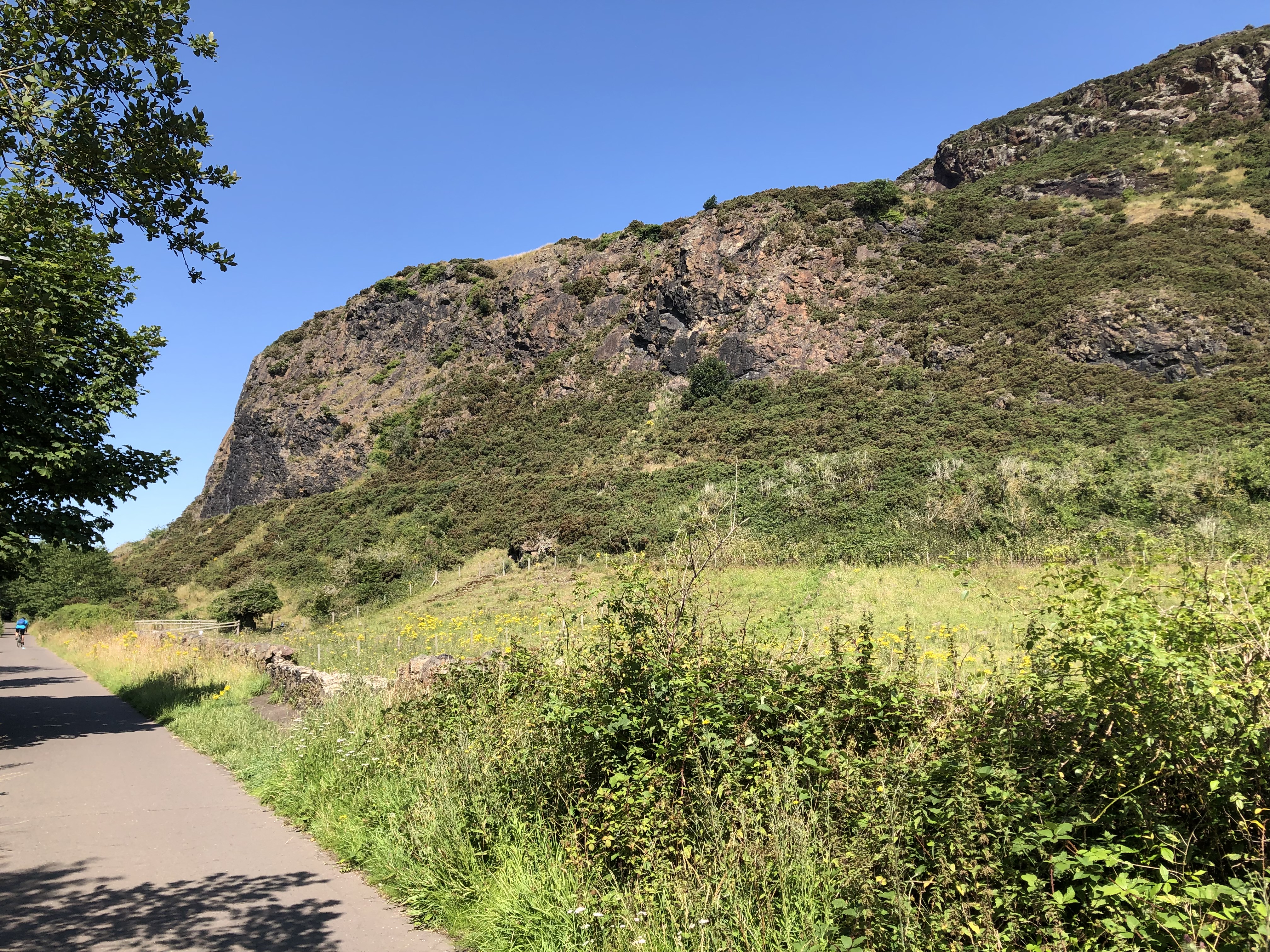 View on the Innocent Railway

And then the tunnel 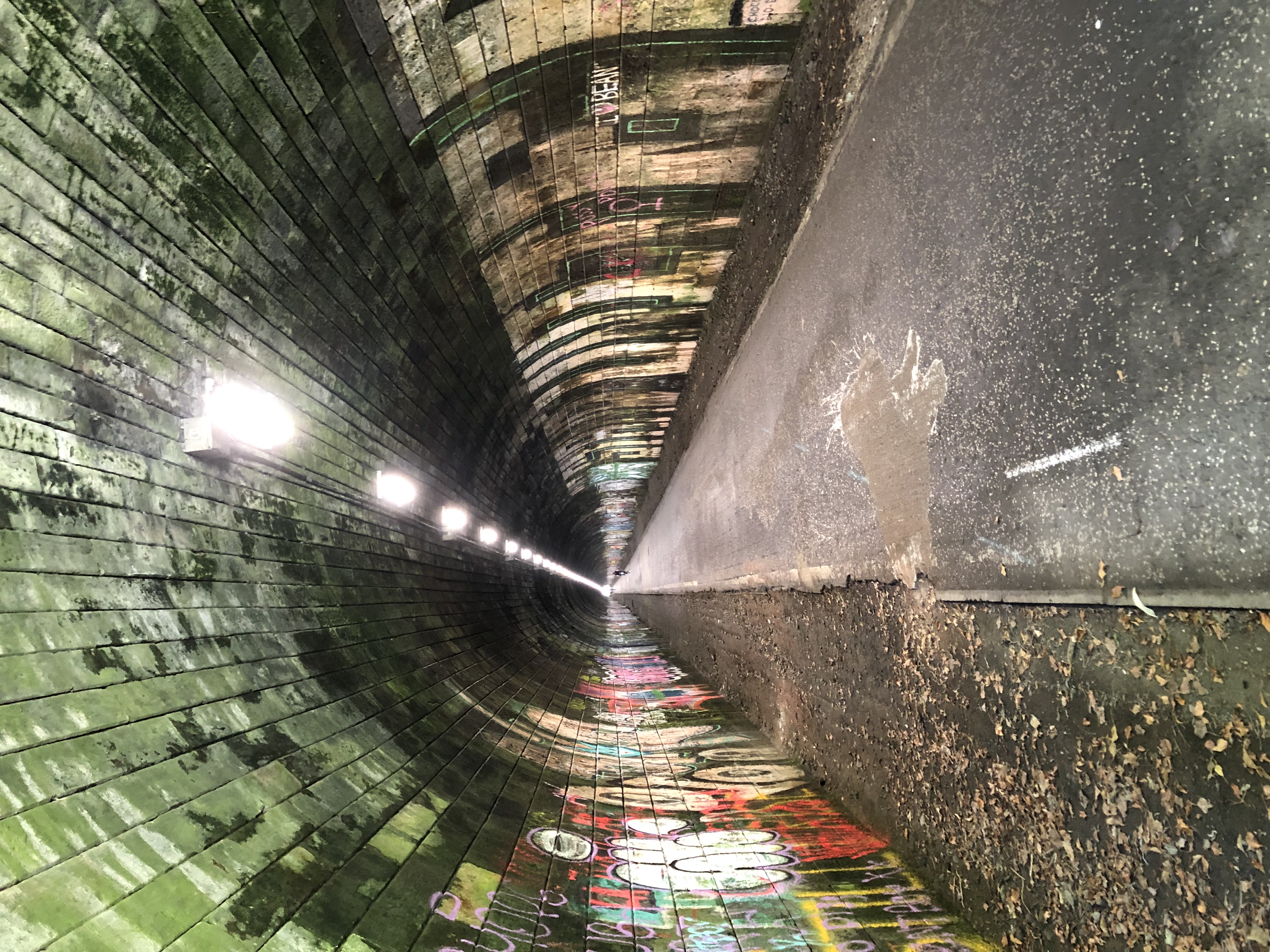 The exit from the tunnel is somewhat inauspicious, as it deposits you in a rather dreary complex of flats. But a quick zoom through the streets of Edinburgh- mostly downhill in this direction- brought me to the Royal Crescent and two more tunnels

Edinburgh has a system of paths and cycle trails to die for, a number of which are on old railway lines.

Trinity Station- a highlight of the day despite the fence.

Then it was time to head west, on the old line to Craigleath, where I switched on to the Barnton branch to Cramond Brig.

Lots of overbridges and other railway remains made the day greatly enjoyable despite being another scorcher. The gradients on rail trails are also much more congenial. 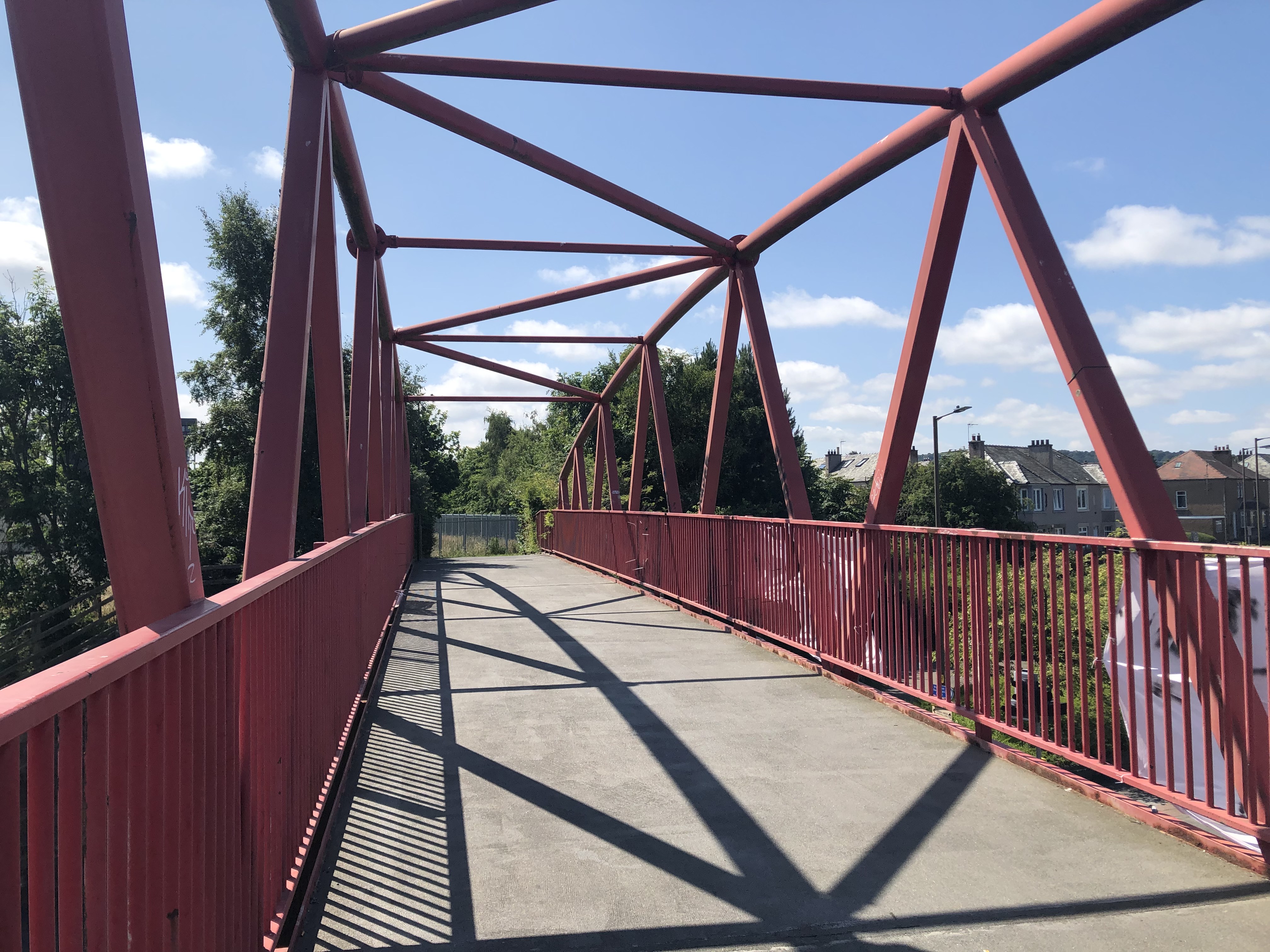 A rather handsome structure at Barnton

At Dalmeny, I reached the old South Queensferry branch just where it left the open railway over the Forth. It offers a delightful ride, with possibly the best view of the iconic bridge. In fact, the line goes under the stone viaduct which leads to the bridge itself (see below). 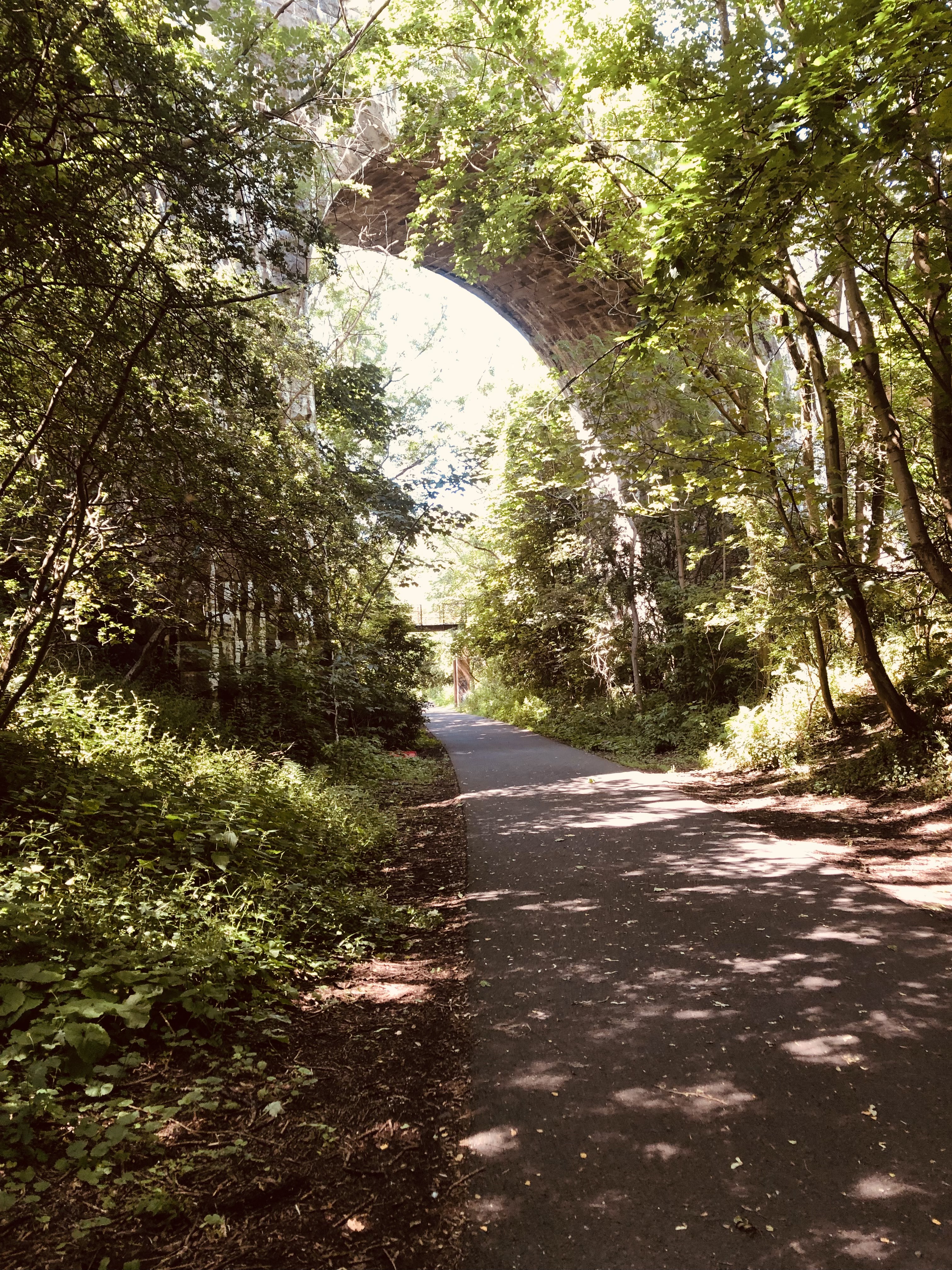 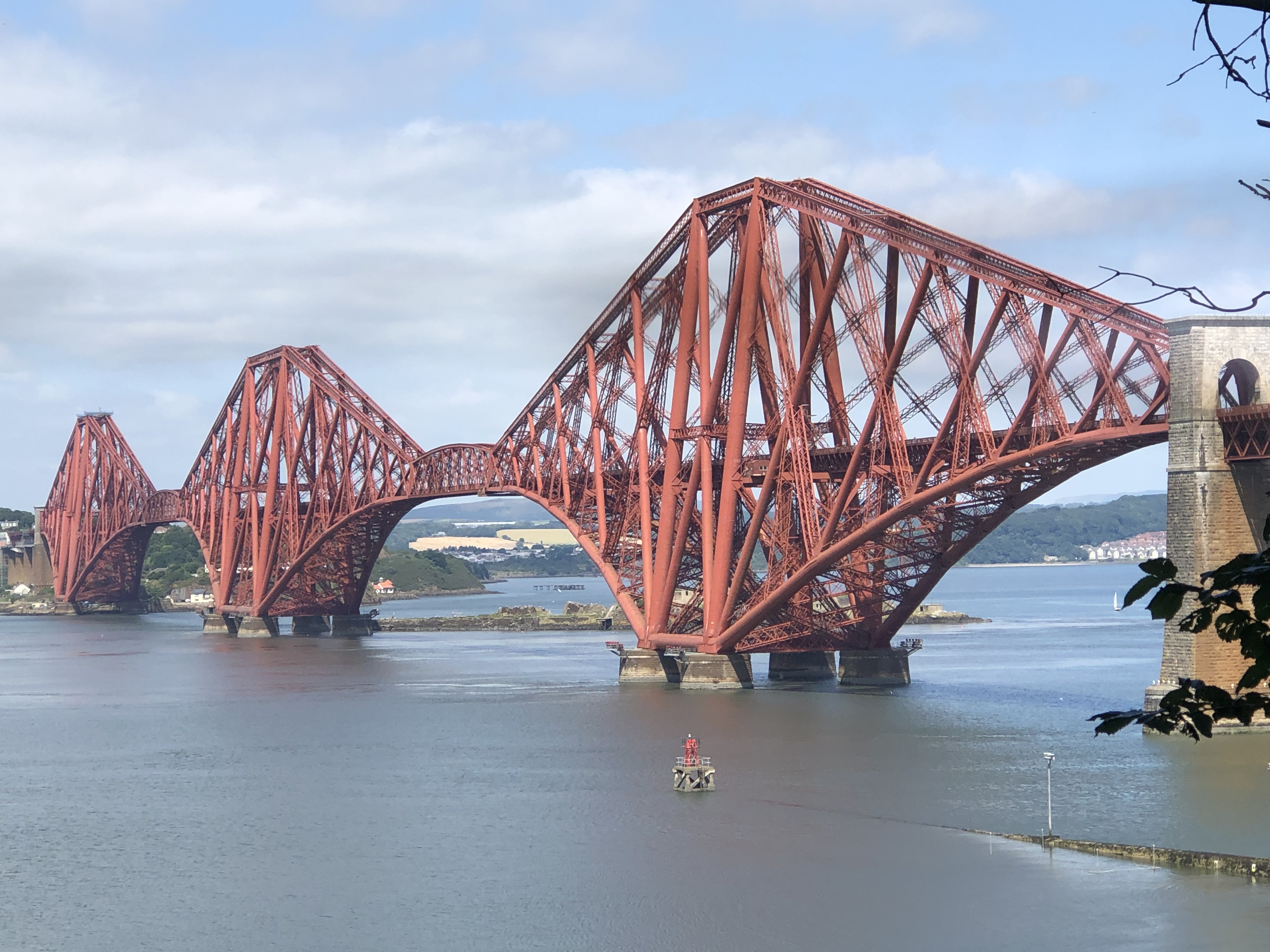 Well, you never know what you might find in a Morrison’s car park! Then my last leg for today was on to Linlithgow to start with friends. 46 miles, the shortest so far, and a welcome rest from the roads.

► Click here to see Day 1 and 2 Report and Photographs…